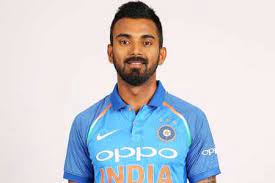 After India’s setback, KL Rahul says, “You have to expect the unexpected.”

KL Rahul scored 73 in India’s dismal batting effort in the first One-Day International against Bangladesh. After Rishabh Pant was advised by the medical team to withdraw from the ODI series, the batsman was given the job of donning the keeping gloves. Bangladesh snatched a one-wicket win against India in the opening of a three-match one-day international series at the Sher-e-Bangla National Stadium on Sunday after Mehidy Hasan stepped up with an incredible batting performance.

However, Rahul, who has only occasionally kept wickets, dropped Mehidy Hasan Miraj’s aerial catch when Bangladesh was 32 runs away from victory, but the 10th wicket partnership between

Mehidy and Mustafizur Rahman contributed to the hosts’ one-wicket triumph.

Rahul felt that neither the hitters nor the bowlers should be blamed for the loss.

“That’s cricket, correct? You must be prepared for the unexpected. This has been happening for as long as cricket has been played. They battled hard till the finish, despite a couple of lost catches and Mehidy’s innings.”

He was pleased with himself after scoring runs on a difficult wicket.

“One of those days when it appeared like I was better at timing the ball (than others). Fortunately, the shots I chose went to the boundary, and every choice I chose went my way “He stated.

“As a batter, those innings make you happy because you are challenged and may put your hand up when the team needs it. We should have gotten 40 more runs. I was hoping for 230-240 if I could bat to the finish, or perhaps the 40th over.” Rahul also said that the Indian team management, lead by Rahul Dravid, has requested him to be “ready to keep wickets and bat in the middle-order” in the next one-day internationals.

Rishabh Pant had been rested from the ODI series.

“We haven’t played many ODIs in the recent 8-9 months, but in 2020-21, I have kept wickets and batted at Nos. 4 and 5. As I have done before, this is the job that the team has asked me to be prepared for in white ball cricket “When questioned about Pant’s absence, Rahul responded curtly.

Rahul, who’s really part of the team management owing to his position as vice-captain, did not specify if Pant was rested due to workload management or a niggle.

“To be honest, I’m not sure about Rishabh; I only learned out today that he’s going to be freed.” The medical personnel will be in a better position to address those queries, regardless of the reasons.