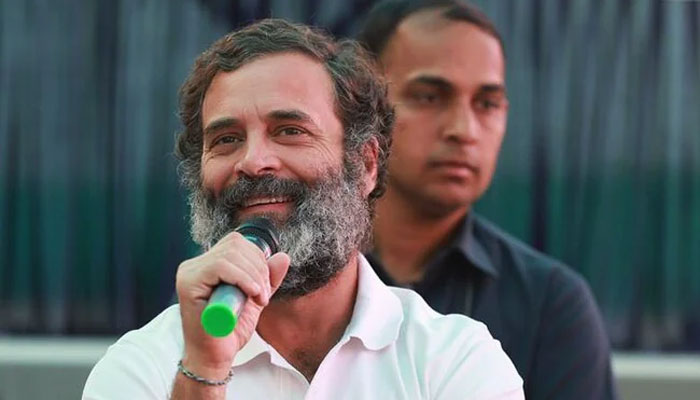 Congress leader Rahul Gandhi claimed on Sunday that his Bharat Jodo Yatra has gotten an incredible response across the country, claiming that the march is a protest against the growth of hatred and fear in society, as well as unemployment and inflation.

He stated that the goal of the Yatra is also to let people to hear the authentic voice of the country.

“Bharat Jodo Yatra has gotten an enormous reaction everywhere,” Gandhi remarks to the press at Samana, near Kurukshetra.

Speaking about the Kanyakumari-to-Kashmir foot march, which is presently travelling through Haryana, Gandhi stated that he has learned a lot along the way.

“What is in the heart of the country has to be heard directly (interacting with people). Haryana has responded positively to the Yatra, with an active and passionate reaction “He stated.

In an assault on the Yatra’s detractors, Gandhi stated that before it began, “People claimed that the enthusiasm we received in Kerala would not be replicated in Karnataka, a BJP-ruled state. But we had a far better reception there. Then they said that the Yatra received a reaction in South India, but not in Maharashtra. When we arrived in Maharashtra, we had an even greater welcome than in the south “.

“It was thought that there would be little interest because the Yatra would travel through the Hindi belt, but the response in Madhya Pradesh was even stronger. When we landed in Haryana, we were told it was a BJP-ruled state, yet the welcome was as warm. As time goes on, the reaction improves “He expressed this.

Another aim of this Yatra that we are seeing is that it is similar to a “tapasya,” he noted. “We love our nation, our people, farmers, and the underprivileged, and we want to walk with them. As a result, Yatra’s goal is for everyone in this country to hear the country’s authentic voice “Congress’s leader said.

He said that there is economic disparity in the country and that money, media, and other institutions are controlled by a few individuals.

This Yatra is anti-unemployment and anti-inflation, he remarked.

2023-01-09
Previous Post: The ‘No Trade with Pakistan’ policy is harming India while trade with China expands.
Next Post: ‘Govt Has No Right to Ask Caste of a Person’: Bihar’s Transgender Leader on Census