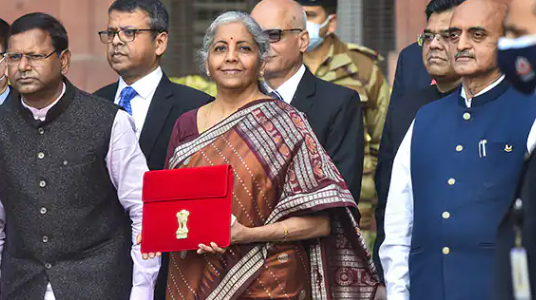 Tamil Nadu has requested a PLI programme for leather and non-leather footwear in order to establish India as a centre for exporters.

With companies flooding the government with requests for more production-linked incentive (PLI) programmes, the Centre may include more than a half-dozen new categories in the Budget for 2023-24.

It is now reviewing PLI applications from a variety of industries, including leather and footwear, toys, cotton-based textiles, electrolysers, coalbed methane, coal gasification, bicycles, furniture, shipping containers, paint and fertiliser chemicals, and so on.

According to a source, the decision to extend PLI to other locations would be made after considering the possibilities for local value addition and import substitution to stimulate investment and generate employment.

Tamil Nadu has requested a PLI programme for leather and non-leather footwear in order to establish India as a centre for exporters. The state accounts for 38% of India’s footwear and leather product output and 45% of total leather exports.

The Centre declared the National Green Hydrogen Mission on January 4, as part of a strategic drive toward renewable energy and achieving the long-term objective of net zero energy. Green hydrogen’s cost competitiveness would be determined by the level of electrolyzer capital cost reductions and the competitiveness of renewal.

“Timely implementation of the planned PLI programme to stimulate local manufacture of electrolysers would be important,” said Girishkumar Kadam, senior vice president and co-group head Of corporate ratings at Icra.

Keeping in mind India’s ambition of becoming ‘Atmanirbhar,’ PLI projects for 14 important industries are being implemented with an incentive outlay of Rs 1.97 trillion to boost the country’s manufacturing capacity and exports.

The programmes, the majority of which were launched in the previous year and a half, with some becoming operational in the last few months, have made significant headway in just a few industries, including mobile manufacturing and pharmaceuticals.

Incentives worth approximately Rs 800 crore, largely to cellphone makers, have been granted so far, an official said, adding that another roughly Rs 3,000 crore will likely be released by March 31.

“Many of the PLI schemes that involve big investments, such as in speciality steel, have indeed been operationalized in the previous month or two. As a result, the bulk of investments, output, and incentive release are expected to take place in FY24, FY25, and FY26”,according to the source.