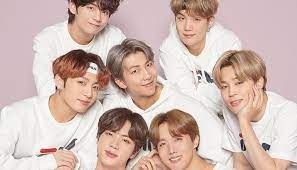 The label that manages the Kpop boy band BTS confirmed on Monday that members Jin, RM, Suga, Jhope, Jimin, Jungkook, and V will complete their military obligations, just as BTS ARMY was still reminiscing over the Busan show.

The other members will enlist after Jin, who will be the first to do so. The news has made the supporters upset and depressed. The business declared, “We’ll follow the administration’s enlisting processes and withdraw our plea to postpone Jin’s enlistment at the end of the month.”

“BigHit Music is delighted to announce today that the members of BTS are actively going forward with plans to fulfil their military service,” reads the statement about BTS’ military obligations.

It’s a perfect time and the members of BTS are honoured to serve after the phenomenal concert to support Busan’s bid for the World Expo 2030, and as each individual embarks on solo endeavours.

Jin, a member of the group, will start the procedure as soon as the end of October, when his solo release plan is complete, arrives. He will next adhere to the Korean government’s recruitment process. Other group members intend to complete their military duty in accordance with their own personal arrangements.

Following their service commitment, the BTS members and the company are looking forward to getting back together around 2025.

The band’s eldest member, Jin, was expected to face possible enlistment after turning 30 in December, the question of whether the band’s seven members must serve in the army has become one of the most contentious subjects in South Korea.

All physically capable men in South Korea are required to serve in the military for 18 to 21 months.

The law also provides for particular exclusions for athletes, classical and traditional musicians, as well as ballet and other dancers who have won top prizes in international events that advance a nation’s standing.

BTS Jin responded to a question about his military service by saying, “I have talked a lot with the company about military service. I mentioned that I would give the business the greatest amount of faith imaginable. I believe what the company has to say is as good as what I say.” This was in response to the band’s Permission To Dance On Stage concert in Las Vegas.

BTS Jin revealed his upcoming project at the Busan Concert this past weekend. I’m releasing a new record, Jin announced. It’s not that big of a deal. It’s just a single. I have a lot of content to share with you so I hope you enjoy it.”

Jin said that after Hope, he will be the one to release a single in collaboration with “someone I admired for a long time.”