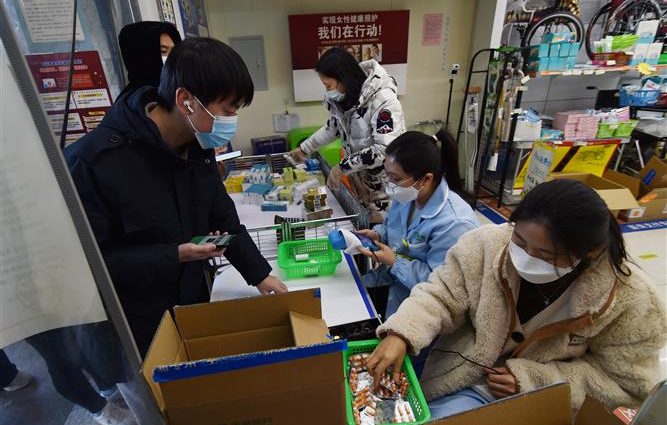 Just days after the government unexpectedly halted the strict Covid zero policy, China is dealing with a large surge of Covid-19 infections. Hospitals are overcrowded, crematoriums are under pressure, and medications are running out.

Concerns of widespread infections among a population that is susceptible, undervaccinated, and lacking in natural immunity have recently been raised by the sudden lifting of restrictions.

According to social media posts, China is already experiencing an increase in Covid fatalities throughout a large portion of the nation that isn’t reflected in government statistics. This fuels the theory that officials are concealing the entire impact of their rapid change away from Covid Zero.

Concern about Beijing’s unexpected decision to allow the virus to spread around the globe is growing, and US and European authorities are closely monitoring the situation.

60 percent of China will be contaminated

Over the following 90 days, more than 60% of China and 10% of the global population are predicted to get infected, with millions of fatalities predicted.

Since limits were loosened, hospitals in China have become utterly overloaded. The likelihood of infection over the next 90 days is estimated by epidemiologists to be above 60% in China and 10% worldwide. millions of deaths likely—plural This is only the beginning, “Epidemiologist and health economist Eric Feigl-Ding tweeted.

Feigl-Ding claims that the Chinese Communist Party’s (CCP) objective is “Let whomever needs to be killed, die, and let whoever needs to be infected, be infected. Early outbreaks, early fatalities, an early peak, and an early start to produce again.”

As the Covid-19 virus spreads throughout the Chinese capital, one of Beijing’s authorised crematoria for Covid-19 victims has been inundated with dead bodies recently.

According to the Wall Street Journal, the graphic photographs provide a first glimpse at the human cost of the nation’s rapid relaxation of pandemic prohibitions (WSJ).

Crematoriums all throughout China, including those in Beijing, informed the news agency AFP that they were having trouble keeping up with the flood of dead.

After the Chinese government abruptly decided last month to suspend nearly three years of lockdowns, quarantines, and mass testing, hospitals are suffering and drugstore shelves have been emptied.

In the 30 million-person metropolis of Chongqing, where officials this week advised anyone experiencing “mild” Covid symptoms to report to work, one cremation informed AFP that they were at capacity for body storage.

Many times more bodies have been found in recent days than in the past, according to a staff member who declined to provide their identity.

“Of course we’re busy,” a cremation worker in the capital city of Baoding told AFP. “What job isn’t busy now?”

AFP reporters observed more than a dozen cars waiting to enter the city’s Dongjiao Crematorium, the most of which were hearses or burial coaches bearing gloomy-colored ribbons and floral arrangements.

A tsunami of new cases, according to various estimates, would overwhelm the healthcare system and potentially cause up to 2 million fatalities, if not more.

According to an article published by the Shanghai Journal of Preventive Medicine last month, Zhou Jiatong, director of the Center for Disease Control in the southwest Guangxi area, mainland China threatens more than 2 million fatalities if it loosens COVID regulations in the same manner Hong Kong has.