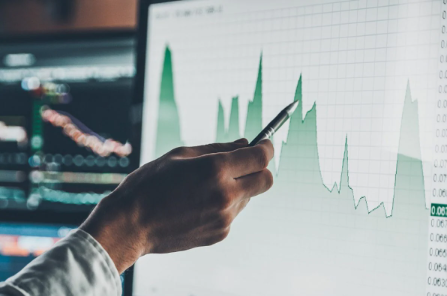 Indications point to additional index consolidation, but the tone will stay bullish till the Nifty remains above 18,300. Traders can take advantage of this phase to add quality names on dips.

The SGX Nifty predicts that Indian benchmark indexes will open in the green. Nifty futures were trading 20 points, or 0.11%, higher on the Singapore Exchange, indicating a flat to positive start for local markets. Frontline indexes ended the previous day in the negative, snapping an eight-day run. The BSE Sensex plummeted 415 points, while the NSE Nifty plunged below 18700. “Indications point to additional index consolidation, but the tone will stay bullish till Nifty maintains 18,300.” And, because all sectors are involved in the move, traders can take advantage of this period to add quality names on dips,” said Ajit Mishra, VP Of Technical Research, Religare Broking Ltd.

SJVN: On Saturday, state-owned SJVN Ltd announced that its subsidiary SJVN Green Energy has been awarded a 200 MW solar project by Maharashtra State Electricity Distribution Company Ltd. “The project’s tentative cost is about Rs 1,200 crore, and the project is estimated to generate 455.52 Million Units (MUs) in the first year, with a total energy output of roughly 10,480.82 MUs over a 25-year term,” according to a BSE filing. The project’s completion is estimated to cut carbon emissions by 5,13,560 tonnes.

.Bank of India has generated Rs 1,500 crore by issuing Basel-III compliant extra Tier-I bonds to seven investors. The bonds issuance, which began on December 5, had a strong response from investors, with bids totaling Rs 6,367 crore received against an offer size of Rs 1,500 crore.

SpiceJet: The airline, which is aiming to raise USD 200 million, expects to see operational improvements and restructuring advantages in the current fiscal quarter. SpiceJet CEO Ajay Singh has also informed shareholders that the company has reached agreements with the majority of its significant partners, including manufacturers and lessors. The airline has received approval from its shareholders to transfer its logistics business to SpiceXpress, and the process of divesting the cargo and logistics platform is expected to be completed soon.

Godrej Properties: The business is aggressively collecting land for future development and has added eight new projects with an estimated revenue potential of Rs 16,500 crore this year. With four months remaining in the fiscal year 2022-23, Godrej Properties Executive Chairman Pirojsha Godrej is optimistic that the business would add many more land parcels to its portfolio by March. “So far this fiscal year, we have added projects worth Rs 16,500 crore and have already exceeded our full-year projection of Rs 15,000 crore.” Given good future visibility, we will conclude the fiscal year 2022-23 far ahead of schedule,” Pirojsha Godrej said.

Mahindra & Mahindra Financial Services: The firm stated that the business maintained its pace in November with a disbursement of nearly Rs 4,500 crore, representing a 75% year-on-year increase in a favourable macro environment. The year-to-date distribution of Rs 31,050 crore has increased by 99% year on year.

2022-12-05
Previous Post: After India’s setback, KL Rahul says, “You have to expect the unexpected.”
Next Post: Forbes lists Gautam Adani as one of India’s most generous benefactors. Examine the other two