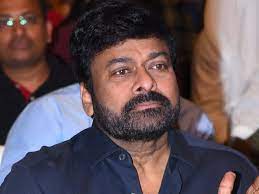 Here are the most recent Hindi collections from Chiranjeevi.

GodFather, a political thriller starring megastar Chiranjeevi, is now playing in theatres and doing ok at the box office. Salman Khan has a significant appearance in this Mohan Raja film, which was also made available in Hindi.

According to the PR, the movie has so far grossed 8.03 crores in the North India circuits. In the upcoming days as well, the movie is anticipated to earn respectable figures. Sunil, Nayanathara, Satyadev, Tanya Ravichandran, and Samuthirakani all had significant contributions to make.

This blockbuster was made by Konidela Productions in collaboration with Super Good Films. The soundtracks were created by the music superstar Thaman. The movie opens on October 14 in Tamilnadu. Regarding the Malayalam version, there hasn’t been any recent information.

Author: Janani K GodFather, starring Megastar Chiranjeevi, quickly became a successful project following its debut. However, during the past few days, the movie’s box office revenues have been slowly falling. Trade forecasts predict that the pace will pick up during the weekend. GodFather was able to generate Rs 100 crore in its first weekend thanks to excellent word-of-mouth. Watching to see if GodFather earns any more money this weekend will be intriguing.

Megastar Chiranjeevi’s GodFather had a successful opening weekend in theatres. But during the previous few days, ticket sales for the movie have been declining. According to trade reports, GodFather is estimated to have earned Rs. 1.50 crore in India across all languages.Now, everyone is waiting for the October 14 release of GodFather in Tamil.

The official Telugu remake of the Malayalam film Lucifer is titled GodFather. The lead actors in the Mohan Raja-directed Telugu film were Chiranjeevi, Nayanthara, and Satyadev Kancharana. Salman Khan, a well-known Bollywood actor, was asked to appear for a significant amount of time. The performer adamantly refused to take money in exchange for his services.

2022-10-13
Previous Post: India opposes Russia in the UNGA and declines the request for a secret vote on Ukraine
Next Post: Reports of 12 dengue and 4 COVI cases in Ludhiana