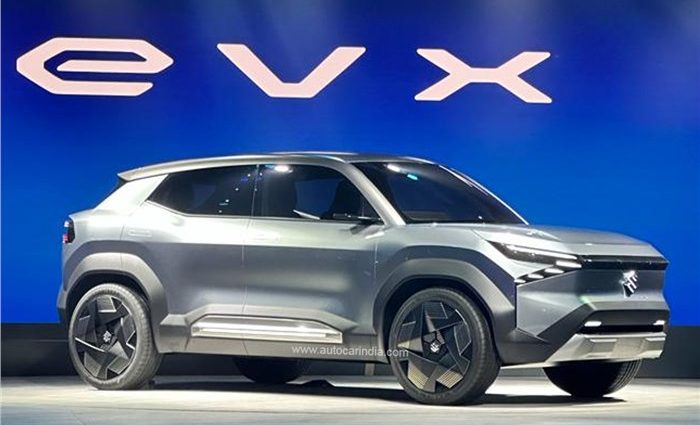 Highlights from the first day of the Auto Expo 2023: Tata Harrier EV to Maruti eVX

Highlights of the 2023 Auto Show: A variety of items were on display during the exhibition, ranging from the Maruti Suzuki eVX to the Tata Harrier EV. On the first day of the exhibition, 59 automobiles made their global/India premiere.

On January 11, 2023, the 16th edition of the Auto Expo Motor Show began at the India Expo Mart in Greater Noida. This year’s theme is ‘Explore the World of Mobility,’ which resonates with the industry’s vision of tomorrow’s safer, cleaner, connected, greener, and shared mobility. On the first day of the Auto Expo 2023, 59 items had their global/India premiere. Here are some major PV sector highlights.

At the Auto Expo 2023, Maruti Suzuki showcased the eVX concept electric SUV. Its production-spec version will be available in 2025, with a 60 kWh battery pack and safe battery technology. The Maruti Suzuki eVX is built on an entirely new dedicated EV platform and is said to have a range of up to 550 kilometres per charge.

Facelift for the MG Hector

On the exhibition floor, MG Motor India disclosed the prices for the facelifted Hector. Ex-showroom, the new 2023 MG Hector starts at Rs 14.72 lakh. It is crammed with features and has 11 autonomous level 2 (ADAS) safety technologies. In addition to other foreign goods, MG displayed the MG 4 electric hatchback in India.

On the first day of the Auto Expo 2023, Hyundai Motor India unveiled its second all-electric vehicle, the Ioniq 5. This electric crossover was launched by Bollywood actor Shah Rukh Khan. The Ioniq 5 is priced at Rs 44.95 lakh ex-showroom for the first 500 clients, after which costs would be increased. It has a 72.8 kWh lithium-ion battery pack and a driving range of 631 kilometres per charge.

Kia India debuted its all-electric EV9 concept SUV at the 16th Auto Expo 2023. It is built on the company’s innovative E-GMP platform and, in a production-spec avatar, may have a range of more than 500 kilometres per charge. Kia also displayed the fourth-generation Kia Carnival, which is expected to be released in India later this year. In foreign markets, it is known as the KA4 and is crammed with features.

Tata Motors stole the show at the Auto Expo 2023, displaying a slew of new vehicles, including some prototype EVs. The Tata Harrier EV, which is expected to be on sale in India next year, was presented by this Indian carmaker. It will have a range of more than 400 kilometres per charge. Tata also displayed the Sierra EV concept and the Curvv coupe in ICE form. The Altroz Racer edition automobile was on exhibit, and the manufacturer plans to launch new turbo petrol engines in its vehicles shortly.

2023-01-12
Previous Post: Rahul Gandhi said: We are here for peace and unity.
Next Post: The longest sea bridge in India will connect Mumbai and Navi Mumbai. Journey to…