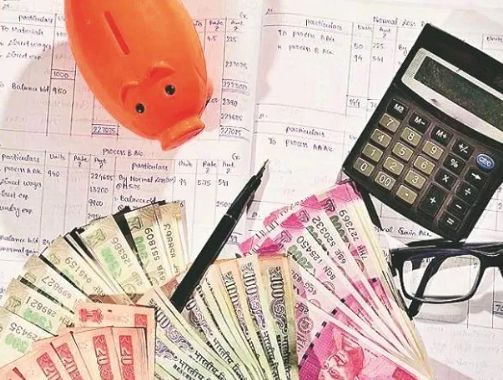 In the second quarter, the current account deficit increased to 4.4% of GDP.

According to data released by the Reserve Bank of India (RBI) on Thursday, India’s current account deficit (CAD) increased to $36.4 billion in the September quarter, an all-time high in absolute terms, owing primarily to a record deficit in goods trade of $83.5 billion and an increase in net outgo under investment income. The CAD was a concerning 4.4% of GDP in the quarter, up from (revised) 2.2% in the previous quarter and a benign 1.3% a year earlier.

A relatively small capital account surplus of $6.9 billion in Q2FY23 was insufficient to finance the CAD, leading in a huge depletion of foreign currency reserves (BoP) of $30.4 billion, compared to accretions of $4.6 billion in Q1FY23 and $31.2 billion in Q2FY22.

Analysts anticipate a big CAD in the current and next quarters, although less than in Q2, in the $25-30 billion area. Despite the fact that exports fell 16.7% in October, the first dip in 20 months, and shipments remained unchanged in November, the merchandise trade deficit in the current quarter is projected to be smaller than in the previous quarter due to slower increase in imports.

Nonetheless, the CAD for FY23 is expected to be in the range of 3-3.5% of GDP. Chief economic adviser V Anantha Nageswaran recently stated that the closely monitored deficit may reach 3-3.2% in the current fiscal year, despite the fact that the external sector remains strong.

The CAD rose to 4.8% of GDP in FY13 before falling to 1.7% during the taper tantrum. Between the global financial crisis (FY09) and FY13, the country’s deficit was at elevated levels of 2.3-4.8%, although it has since been generally modest.

India often has a large capital account surplus, allowing it to finance CAD without depleting its foreign reserves. However, given the ongoing geopolitical uncertainty and Europe’s looming recession, there are some concerns on this front. One of the reasons for the rupee’s decline is a high CAD.

So far this quarter, net portfolio inflows have been close to $5 billion, compared to $6.5 billion in Q2. In the first quarter, there were $14.6 billion in outflows.

In Q1FY23, the merchandise trade imbalance was $68.6 billion, an all-time record for any quarter.

“Services exports registered a year-on-year (y-o-y) gain of 30.2% on the strength of growing exports of software, business, and travel services,” the RBI said in a statement on BoP in Q2. Net service receipts grew both sequentially and year over year.”

2022-12-30
Previous Post: India Inc’s robust guidance unlocks hope and a lot more
Next Post: Anushka Sharma observes the ‘last dawn of 2022’ in Dubai with Virat Kohli and her daughter Vamika