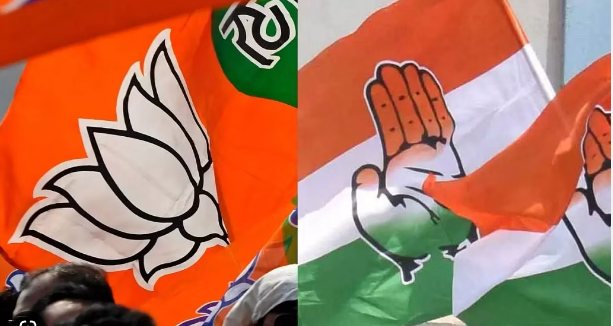 According to sources, a meeting of the BJP legislature is slated on December 21, at which all poll in-charges would be required to submit their reports before the end of the year.

With post-election research revealing rebel element and internal fighting as significant causes for defeat, the Himachal BJP is considering a severe crackdown on leaders who worked against the interests of party candidates in the recently conducted assembly elections.

The BJP lost 15 seats to the Congress by fewer than 2000 votes, with the smallest margin of loss in Bhoranj being 60 votes. According to the early research conducted by the party, the rebel factor was a key contributing factor in its defeat. It took a significant hit as a result of the participation of roughly two dozen independent candidates, the most of whom were BJP dissidents.

According to party sources, all 68 election in-charges have been ordered to provide a ground report on their respective seats by December 31. Though the party has fired leaders who ran as Independents against BJP candidates, it is considering action against others who it feels worked against the party’s interests in the polls.

Some candidates have already brought up the subject. Pawan Kajal (Kangra Sadar), who won the election after defecting from the Congress to the BJP, protested to National President JP Nadda about attempts to derail him from inside. Similar concerns have been made by BJP candidates in Kangra and Solan.

Sanjay Guleria, who ran for the Jawali assembly seat, has filed a complaint with state chairman Suresh Kayshap claiming sabotage by party officials in his district. He claims that followers of ex-MLA Arjun Thakur worked not just against him but also in Fatehpur assembly constituency, where forest minister Rakesh Pathania was running for election. The BJP was defeated in both the Jawali and Fatehpur assembly seats. Sanjay Guleria was defeated in Jawali by veteran Congress politician Chander Kumar, while Rakesh Pathania was defeated in Fatehpur by Congress candidate Bhawani Singh Pathania.

In Himachal Pradesh, the Congress obtained 40 seats, while the BJP received just 25.

Meanwhile, audio tapes of a supposed telephone discussion between BJP leaders from Jogindernagar in Mandi and Dalhousie have emerged, in which senior party leaders reportedly instructed party personnel to act against the BJP’s official candidates.

According to sources, a meeting of the BJP legislature is slated on December 21, at which all poll in-charges would be required to submit their reports before the end of the year. “The focus will be not just on the rebel component, but also on individuals who worked against the party’s interests despite being members of the party,” a senior party leader stated.