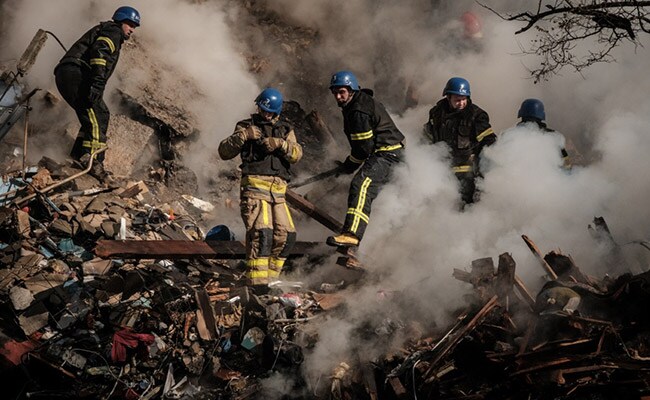 Since both Russia and Ukraine are among the biggest producers of wheat in the world, wheat markets have been extremely sensitive to changes in Moscow’s eight-month invasion of Ukraine.

Live updates on the Ukraine War and the Russia-Ukraine War: On Monday morning, Ukrainian officials reported a significant Russian attack on key infrastructure in Kyiv, Kharkiv, and other towns. As a result, a portion of the Ukrainian capital’s power and water supply were cut off, according to Vitali Klitschko, the city’s mayor. The strikes may have caused power disruptions in the cities of Kharkiv and Zaporizhzhia, according to officials. Two days prior to the attack, Russia reportedly accused Ukraine of launching a drone attack against its Black Sea Fleet off the coast of the Crimean Peninsula it had occupied.

Russia’s decision to withdraw from a Black Sea corridor agreement is expected to send wheat futures soaring on Monday, according to economists. Moscow withdrew from the Black Sea pact on Saturday in retribution for what it claimed was a substantial Ukrainian drone attack on its fleet in Russian-annexed Crimea. Kiev claims Moscow is using the pact as an excuse, while Washington claims Moscow is using food as a weapon.

The UN-mediated agreement that allowed Ukraine to resume grain shipments via the Black Sea in the midst of a worldwide food crisis was urgently renewed, NATO urged Moscow to do on Sunday. NATO spokeswoman Oona Lungescu said that President Putin “must stop weaponizing food and quit his illegitimate attack on Ukraine.” She said: “We welcome the arrangement that came about with the cooperation of Turkey. We appeal on Russia to reconsider its decision and extend the agreement promptly, enabling food to reach those who need it most.” Russia said on Saturday that it would immediately stop enforcing a grain agreement established by the U.N. that allowed for the transfer of more than 9 million tons of grain from Ukraine during the conflict and reduced skyrocketing food costs throughout the world.

Russia claimed that Ukraine launched a drone attack against its Black Sea Fleet two days previous to the attack off the coast of the Crimean Peninsula, which it has annexed. Ukraine has denied the attack and claimed that Russia used improper weaponry, but Moscow has nonetheless announced that it will no longer take part in a treaty negotiated by the U.N. and Turkey to ensure the safety of ships carrying grain from Ukraine.

Recep Tayyip Erdogan, the president of Turkey, declared that his nation was committed to moving through with the grain agreement, which has allowed Ukraine to export more than 9 million tons of grain. To make sure the agreement is upheld, Russian Defense Minister Sergei Shoigu and Turkish Defense Minister Hulusi Akar agreed to meet over the phone later on Monday.

2022-11-01
Previous Post: Zeenat Hussain, the mother of Aamir Khan : Hospitalised at the Breach Candy hospital in Mumbai after experiencing a heart attack
Next Post: WHO says the monkeypox outbreak is still a global health emergency