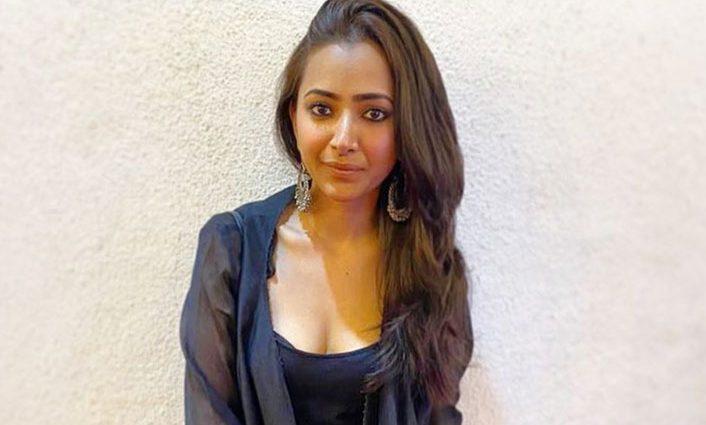 Shweta Basu Prasad recalls asking Gulzar why he always wears white, and his response astounded her.

Shweta Basu Prasad shares her favourite Makdee moments, such as being pampered by Vishal Bhardwaj and asking Gulzar foolish questions.

When speaking with Shweta Basu Prasad, it is necessary to remind oneself that she has been in the entertainment industry for almost two decades. After all, the actor is only 31 years old. She was a successful kid performer before becoming a celebrated character actress in films such as The Tashkent Files and Serious Men. At the age of ten, she debuted in the Vishal Bhardwaj film Makdee. Shweta remembered some of her favourite moments from the film in an interview with Hindustan Times on the film’s 20th anniversary.

Makdee, which was released in November 2002, was a thriller starring Shweta as twin sisters Chunni and Munni. Shabana Azmi and Makarand Deshpande, both renowned performers, acted alongside her. Shweta got a National Award for the film. However, she confesses that when she was signed, she was a total beginner with no experience of the film industry. “I suppose seeing Shabana ji for the first time since she was in her witch costume and I hadn’t watched any of her films,” she recounts of her first experience on set. I had only watched Masoom since my mother insisted that I watch one of her films.

I had no idea who Gulzar saab was or who Vishal ji was. But I recall being pampered on site.”

Vishal Bhardwaj wrote and directed the film, and Shweta recalls the director lavishing her with attention when they were filming in Goa. “We were filming in ancient Goa, and our resort’s swimming pool closed at 7 p.m. I had no idea how to swim. I went to Vishal ji one day and told him that we were shooting into the evening and that I didn’t have time to swim. He concluded my shot between 3 and 4 p.m. ‘Let her go swim,’ he urged. I just went in and did 10 minutes of chhap-chhap. But one of my favourite memories was honouring that just to let me be happy.”

Gulzar, a veteran director and writer, penned the songs for the film and served as Vishal’s mentor on the set. Shweta remembers a humorous encounter she had with the writer. “The last recollection I’d want to offer is when everyone was chatting to Gulzar sahab. My mother was discussing some of his films and songs. I felt compelled to ask him a probing inquiry. ‘Why do you always wear white?’ I inquired, chuckling. And did Gilzar respond? “He said I’d wear a colourful shirt for you one day.” “Who din aaj tak nahi aaya (That day hasn’t come yet), and I’m glad because otherwise his fans will kill me,” Shweta responds.

Shweta had yet another noteworthy hit in 2005 as a child star in Nagesh Kukunoor’s Iqbal. As an adult, she transitioned to supporting roles in both Hindi and Telugu films. She rose to prominence on television in series such as Chandra Nandini. She’ll next be seen in Madhur Bhandarkar’s India Lockdown, in which she plays a sex worker who is affected by the Covid-19 lockdowns. The film will be available on Zee5 on December 2.

2022-12-01
Previous Post: Financial debtors lose Rs 790 crore as a result of the bankruptcy resolution procedure.’
Next Post: The unrestricted paradise along Gujarat’s Sabarmati river aspires to compete with Singapore and Dubai.