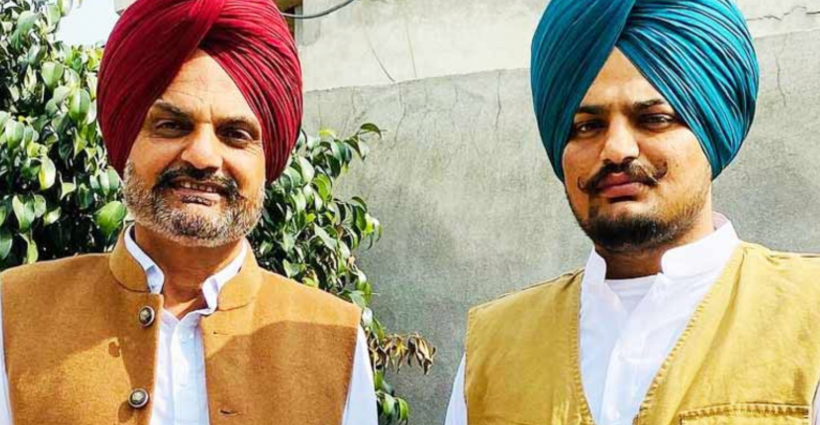 Balkaur Singh, the father of late  singer Sidhu Moose Wala, joined the Bharat Jodo Yatra led by Rahul Gandhi on Sunday. The march, which had been come to rest  for a day due to the passing of Congress MP Santokh Singh Chaudhary, resumed on Sunday at the Khalsa College Ground in Jalandhar.

On Saturday, 76-year-old Santokh Singh Chaudhary suffered a cardiac arrest during the Bharat Jodo Yatra and passed away. He was later cremated in his hometown of Dhaliwal village in Jalandhar on Sunday. Before the march resumed, the MP from Wayanad offered prayers at the Devi Talab temple in Jalandhar. As the march began again around 3 pm, Balkaur Singh, the father of the late singer Sidhu Moose Wala, walked a short distance alongside Gandhi. Moose Wala was killed in a shooting in May 2020 in the district of Mansa while running for a seat in the Punjab Assembly on a Congress ticket, but was unsuccessful in winning the seat.

The Bharat Jodo Yatra, led by Rahul Gandhi, began its Punjab leg on Wednesday from Sirhind in Fatehgarh Sahib. The march took a break on Friday to celebrate the Lohri festival. The yatra, which began on September 7th in Kanyakumari, Tamil Nadu, will end in Srinagar on January 30th. So far, it has covered states such as Tamil Nadu, Kerala, Karnataka, Andhra Pradesh, Telangana, Maharashtra, Madhya Pradesh, Rajasthan, Delhi, Uttar Pradesh, and Haryana. Furthermore, former Congress leader and Rajya Sabha MP Kapil Sibal praised the Bharat Jodo Yatra, saying that Rahul Gandhi has been able to bring together diverse groups of people and make them understand the importance of unity in the country.

Kapil Sibal, a former Congress leader and Rajya Sabha MP, who left the party last year, said in an interview with PTI that the Bharat Jodo Yatra led by Rahul Gandhi, “optically” appears to have succeeded in gaining support from people who are not affiliated with the Congress. He said that during the march, Gandhi has brought together diverse groups of people and made them understand the importance of unity and respect for diversity in the country.

Kapil Sibal praised the Bharat Jodo Yatra, but stated that its political impact should not be the main focus. He said that the yatra is meant to demonstrate to the people that there are two ideologies for them to choose from, with “Bharat Jodo” being one end of the spread and the other end being represented by another group. Sibal also said that people should not confuse the concept behind the yatra with a political act.

2023-01-16
Previous Post: Banks in India can now employ facial recognition and iris scanning for transactions: Rpts
Next Post: Budget 2023: States will have a head start on urban changes.