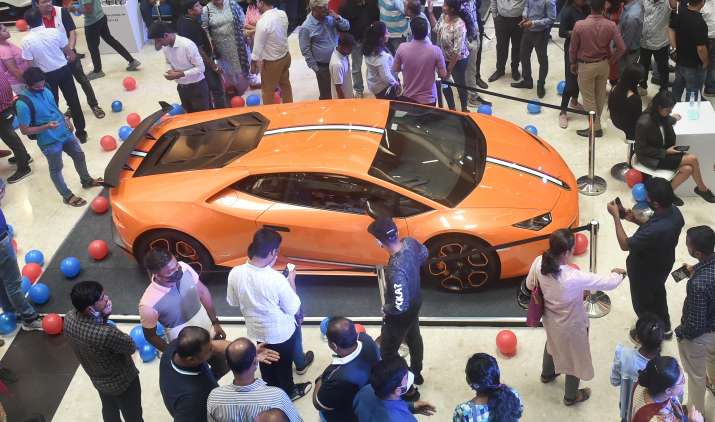 Starting today, there will be five worldwide debuts and 75 Indian launches at the Auto Expo.

The show will showcase the largest ever exhibition of EVs in both the passenger and commercial vehicle categories.

At India’s major automobile exhibition, which returns to the National Capital Region (NCR) on Wednesday after a three-year hiatus, up to 75 cars will be launched and displayed, with five of them making their world debut. Over 600,000 people attended the expo on average in the past three editions in 2020, 2018 and 2016. Legacy companies such as Maruti Suzuki, Hyundai Motor India, Tata Motors, and Kia India will display a variety of electric cars, including prototypes and production models, reflecting the rising desire by governments throughout the world to switch to zero emission vehicles.

The Auto Expo 2023, which begins on January 11 and is organised by the Society of Indian Automobile Manufacturers (SIAM) and the Confederation of Indian Industry, will feature five worldwide debuts and up to 75 national launches and reveals.

Siam director general Rajesh Menon told FE that, despite the fact that certain manufacturers have opted not to come, the exhibition is larger in many aspects than the 2020 edition.

“There are more overall industry participation than in prior editions,” Menon added. “The Motor Show will include almost 80 industry players, including 46 car manufacturers.”

The Auto Expo 2023 will include the most start-ups ever involved in vehicle production — practically all of them pure electric vehicle (EV) companies in the two-wheeler and three-wheeler categories. The exhibition will also include the largest ever display of EVs in both the passenger and commercial vehicle segments.

Menon noted that, while there will be a large EV exhibition, the show will also have a specific emphasis on ethanol powertrain for automobiles. “A separate ethanol pavilion will demonstrate technology advancements in the ethanol value chain. Some automakers would show off operational prototypes of flex-fuel vehicles that can operate on ethanol mixes ranging from 20 to 85%.

“In the two-wheeler area, these OEMs are TVS, Hero MotoCorp, Bajaj Auto, Honda Motorcycle, Yamaha, and Suzuki, while in the four-wheeler arena, these OEMs are Maruti Suzuki and Toyota,” he added. “In comparison to prior editions, the display of powertrain alternatives (ethanol, electric, hydrogen, hybrid, LNG, and CNG) will be significantly larger.”

2023-01-11
Previous Post: High Court lays down norms for political parties on how to communicate with members.
Next Post: Rahul Gandhi said: We are here for peace and unity.