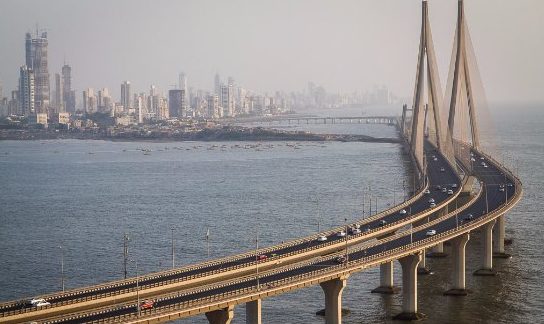 The longest sea bridge in India will connect Mumbai and Navi Mumbai. Journey to…

Traveling from India’s financial capital Mumbai to its satellite city Navi Mumbai will be reduced to 15 minutes when the country’s longest sea bridge opens later this year, according to Maharashtra Chief Minister Eknath Shinde.

Mr Shinde told NDTV in an exclusive interview that the 22-kilometer-long Mumbai Trans-Harbour Link (MTHL) will open to the public in November this year, connecting upscale South Mumbai to Navi Mumbai and Raigad.

Travel time from Mumbai to Navi Mumbai is currently 2.5 to 3 hours. “It will be cut to 15 minutes”,Mr Shinde said.

The bridge will also be the first in the country to feature an Open Road Tolling (ORT) system, a technology used in countries such as Singapore that eliminates the need for a vehicle to stop to pay a toll. 16.5 kilometres of its 22-kilometer length will be spent crossing the sea.

“This bridge uses cutting-edge technology from around the world. This project will significantly boost the economy”,Mr Shinde stated.

The Trans-Harbour Link will also be linked to the eight-lane coastal highway under construction from Marine Drive to the Worli end of the Bandra-Worli Sea Link.

“The MTHL will save a significant amount of fuel. It will play a significant role in reducing air pollution by reducing travel time from hours to minutes “According to the Chief Minister.

Mr. Shinde went on to say that his government is collaborating with the Brihanmumbai Municipal Corporation (BMC) to start various development projects in Mumbai. He claimed that there has been no real work done in the city in recent years.

“We are collaborating with the BMC. Our primary focus will be on sewage treatment plants, pothole-free roads, hospitals, and so on. Mumbai is about to change”, Mr Shinde predicted.

This is a project of extremes. The longest sea bridge in India, the first project to use OSD technology, and reverse circulation. “Because the bridge was built with the ecosystem in mind, pelicans and flamingos have returned despite heavy machinery operating”,said SVR Srinivas, Additional Chief Secretary and Metropolitan Commissioner.

According to Mr Srinivas, the number of wires used in the project, when joined together, can go around the earth.

Most importantly, the impact of this project will benefit not only Mumbai, but the entire country. “As the islands are connected to the mainland, new opportunities for growth will emerge”,he said.

Mr Srinivas went on to say that nearly 90% of the construction was completed.

2023-01-13
Previous Post: Highlights from the first day of the Auto Expo 2023: Tata Harrier EV to Maruti eVX
Next Post: Amit Shah to visit Telangana on January 28, under the BJP’s Lok Sabha Pravas Camaign.