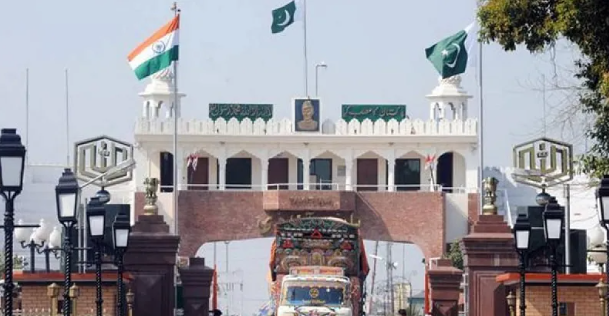 The ‘No Trade with Pakistan’ policy is harming India while trade with China expands.

India and SA nations are harming themselves by erecting trade obstacles, increased tariffs, and regulations that make trading with Brazil 20 percent cheaper for an Indian firm than trading with neighbours.

RBI Governor Shaktikanta Das stated this week that the government and the RBI are discussing cross-border commerce in Indian rupees with South Asian countries. There was no more information provided, such as which nations India was in talks with or where these talks were in their stages. However, it is still a wise decision. The reason for this is that we in South Asia, or more specifically, undivided India, are harming ourselves by refusing to trade with each other.

According to the World Bank, commerce between South Asian states amounts for just 5% of total trade in the area. In comparison, intra-regional commerce in the ASEAN area (Brunei, Cambodia, Indonesia, Laos, Malaysia, Myanmar, Philippines, Singapore, Thailand, and Vietnam) accounts for 25% of overall trade, or five times as much. When it comes to trade, ASEAN has three goals in mind: economic integration, adherence to international trade norms, and the eventual removal of all barriers.

Trade with South Asian nations, on the other hand, is presently worth just $23 billion, much below the anticipated current value of at least $67 billion. And the majority of the lost commerce is our loss. Consider that India’s exports to Bangladesh account for $16 billion of the $18 billion in current trade. Exports to Pakistan are less than $1 billion, while imports are less than $100 million.

Pakistan’s GDP is the size of Uttar Pradesh and Bihar combined, while Bangladesh’s is even larger. Despite this, we have not done enough to broaden the market for our goods and services. Of course, in order to do so, we must also open our borders to them, which is where the dilemma lies.

According to the World Bank, “boundary constraints imply that it is around 20% cheaper for an Indian business to trade with Brazil than than a nearby South Asian nation.” The difficulties mentioned are pretty simple. Some are understandable, such as a lack of infrastructure, whether by land, sea, or air. The land route is the most viable and cost-effective option for trading with Pakistan. The Wagah border was the sole functioning rail line. There have been no train or plane connections between the two countries for the previous four years.

This commerce is detrimental to our interests since it is dominated by Chinese goods. China’s exports to India climbed 24% year on year to $108 billion in January-November 2022. Our Chinese exports plunged 38% to $16 billion. But we continue to trade with them, despite the fact that everyone, including the government, now recognises China as our top national security danger.

On the other hand, we appear to have shifted our stance toward our other neighbours, but for some reason, we have not altered our mentality.